Brain Frame was a series of performative comix readings.

From 2011-2014, Brain Frame gave comics and zine artists, as well as others interested in the same, a place to interpret their work in front of an open-minded audience, incorporating elements impossible to reproduce on a printed page.

Brain Frame has been called “one of the most exciting things happening in comics” by Gapers Block, a “mildly loopy, wildly eclectic and passionately adored comics-and-performance whatchamacallit/updated ’60s freak out/cartooning-community rallying point” by The Chicago Tribune, and “instrumental to not only Chicago’s comics scene but the larger arts community” by Chicago Artist Writers. 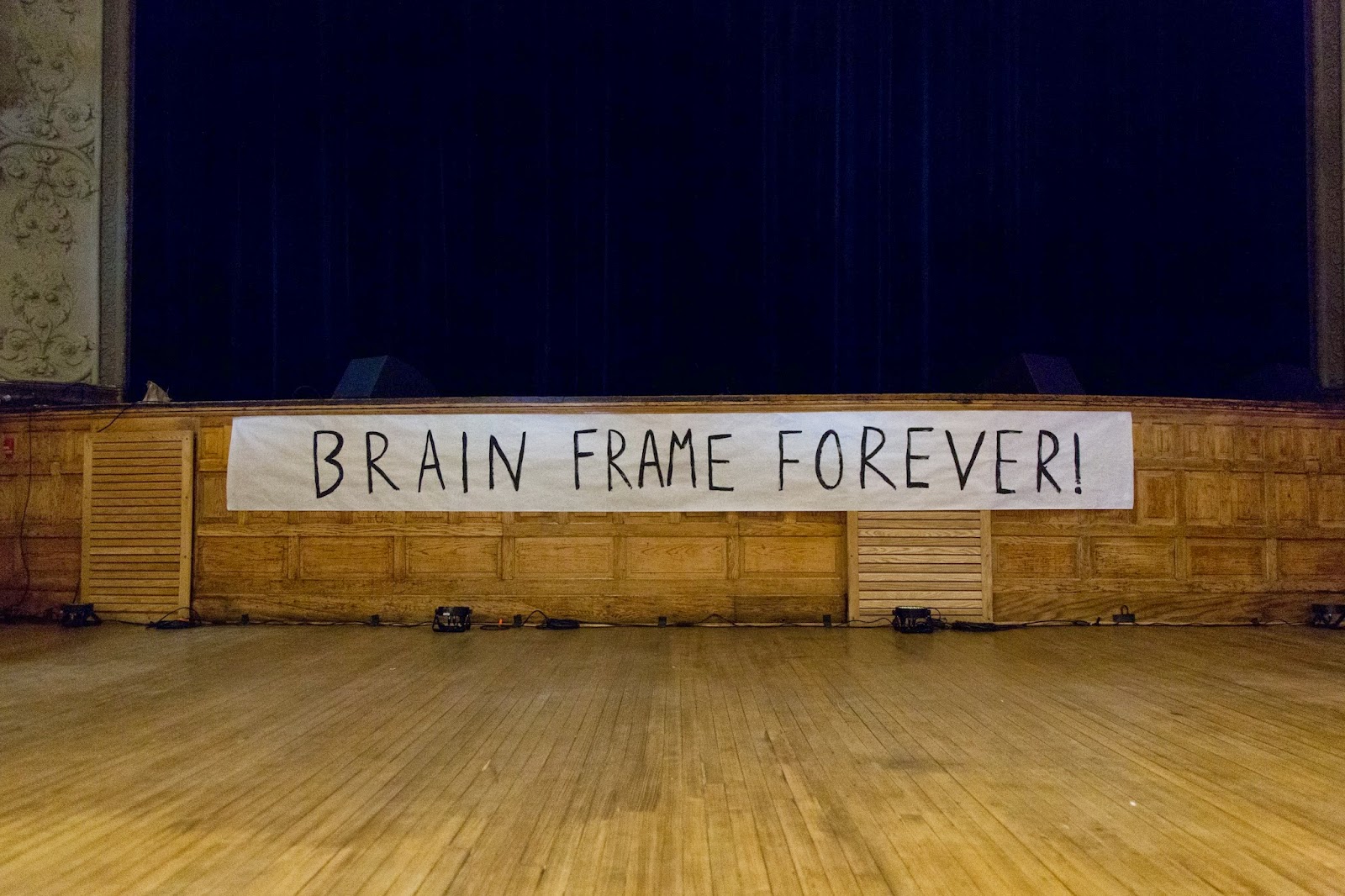